This song tells the terrible story of Schapelle Corby, the political game which has taken her life away from her, and the awful media campaign which has been running for years to hide it. It exposes the truth.

Schapelle Corby is illegally imprisoned in a squalid cell in Indonesia, having been sentenced to a shocking and brutal 20 YEARS in March 2005 for a crime she did not commit. She suffered the most blatant of show trials: a trial in which evidence was simply an inconvenience, to be ignored and destroyed as quickly as possible.

This song was produced in April 2009 to protest at the lack of any effort to help her. The song was written by Al Wilson, and is performed here by Holly Wilson.

The YouTube video of this can bee seen at schapelle.net/hollywilson.html
mlinwood.com.ua 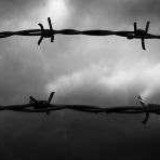 I am a singer/songwriter from NSW. I am a supporter of human rights abuse victim Schapelle Corby (see my upload).